Our oldest store in Olancha,Califronia is our smallest store. It's very desolateness location in the high desert. It is one of the last stops before you go into Death Valley National Park, also the first smallest town out of 5 before you hit Mammoth Mt! Yet the store has happen to see some of the most famous people from the entertainment industry. Unable to take photos of all the famous people who have stopped, we managed to get a handful so you get an idea of how good our jerky really is! So good that celebrities do not mind having to take annoying photos with us so they can get some REALLY GOOD Jerky! 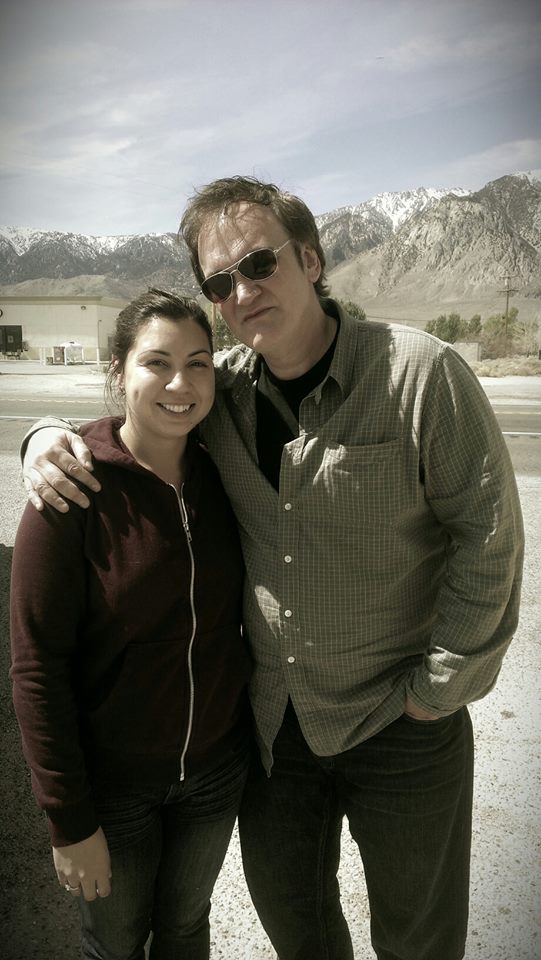 Pictured above we have Lucia (Gus's oldest daughter) posing with one of the best film directors Quentin Tarantino right in front our store! You can tell they really liked each other ;) 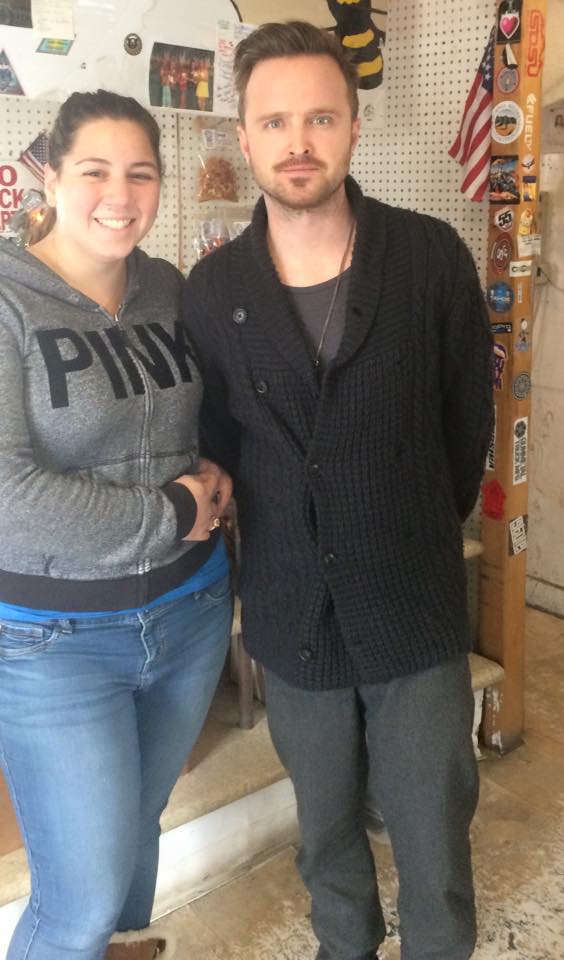 Above we have Nancy and Nate (one of our best employees) with Aaron Paul who played Jesse in the Hit TV Series Breaking Bad! Here they are inside our store. 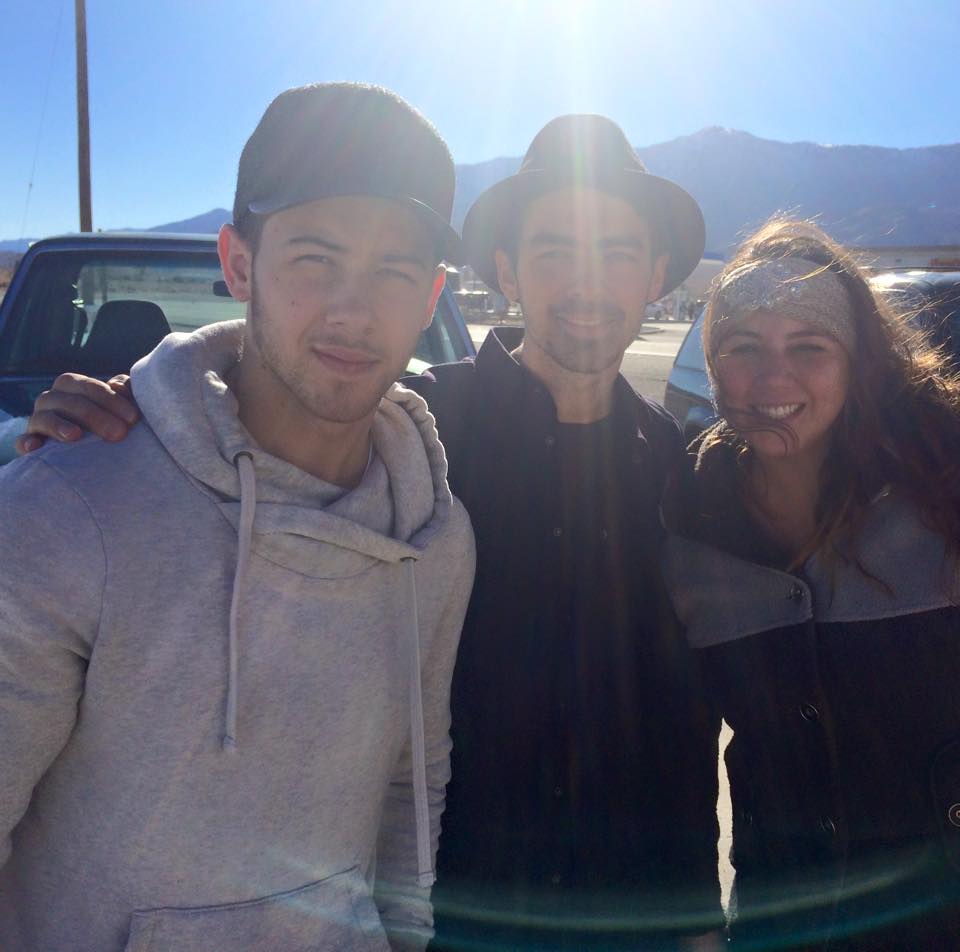 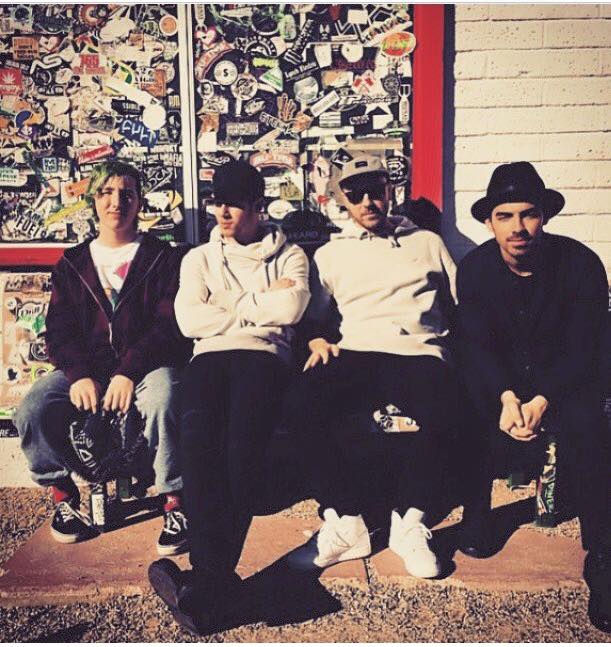 Kevin and Nick Jonas are pictured above with Nancy (Gus's youngest daughter).

The Jonas Brothers decided to do a small photo shoot on our bench outside our store! Aren't they handsome? 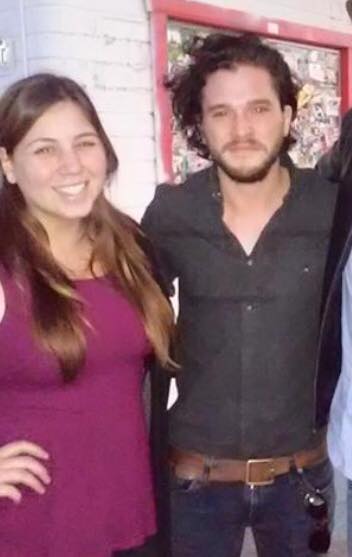 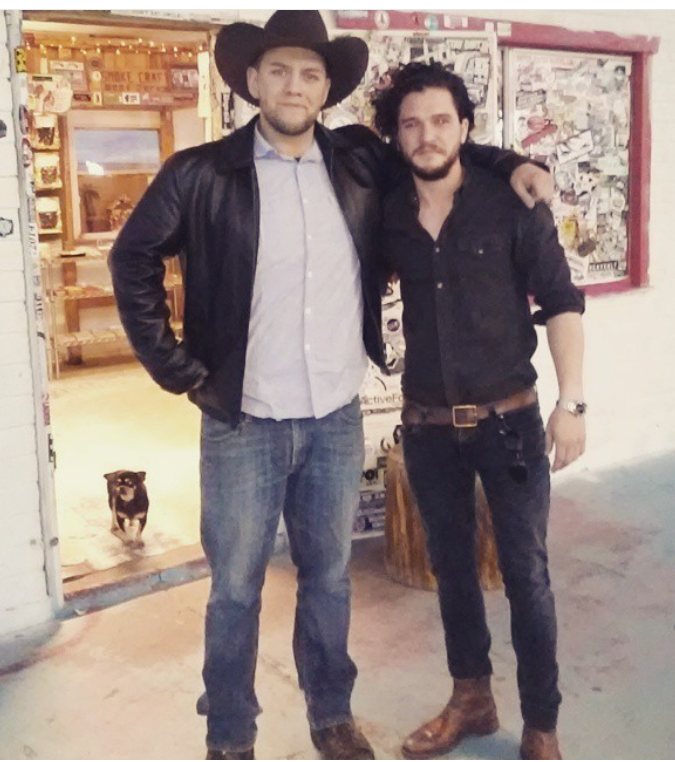 Pictured above we have Nancy (Gus's youngest daughter) and Nate Jean with Kit Harrington. Most of you know him as Jon Snow from Game of Thrones! He was very nice and more then willing to take the photos with us! 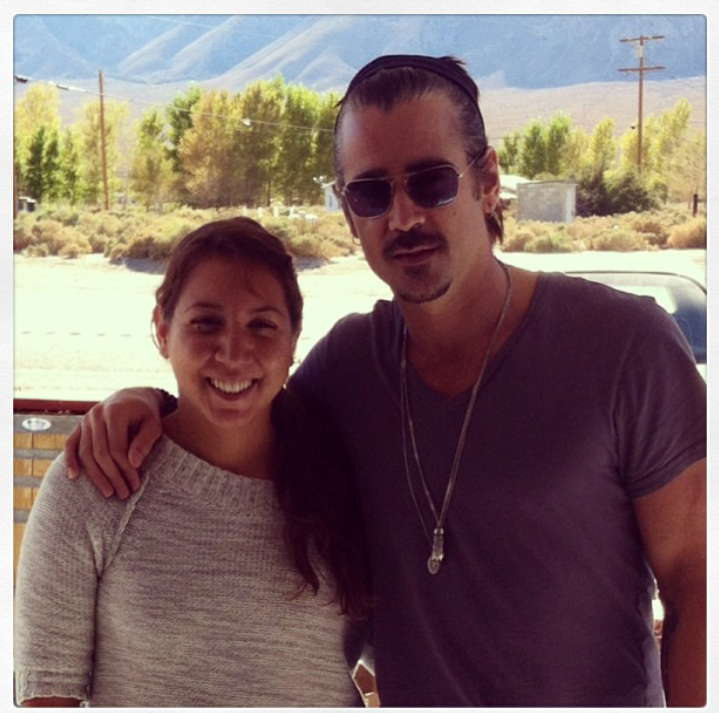 Pictured above is Angie (Gus's 2nd daughter) with her favorite actor Colin Farrel. 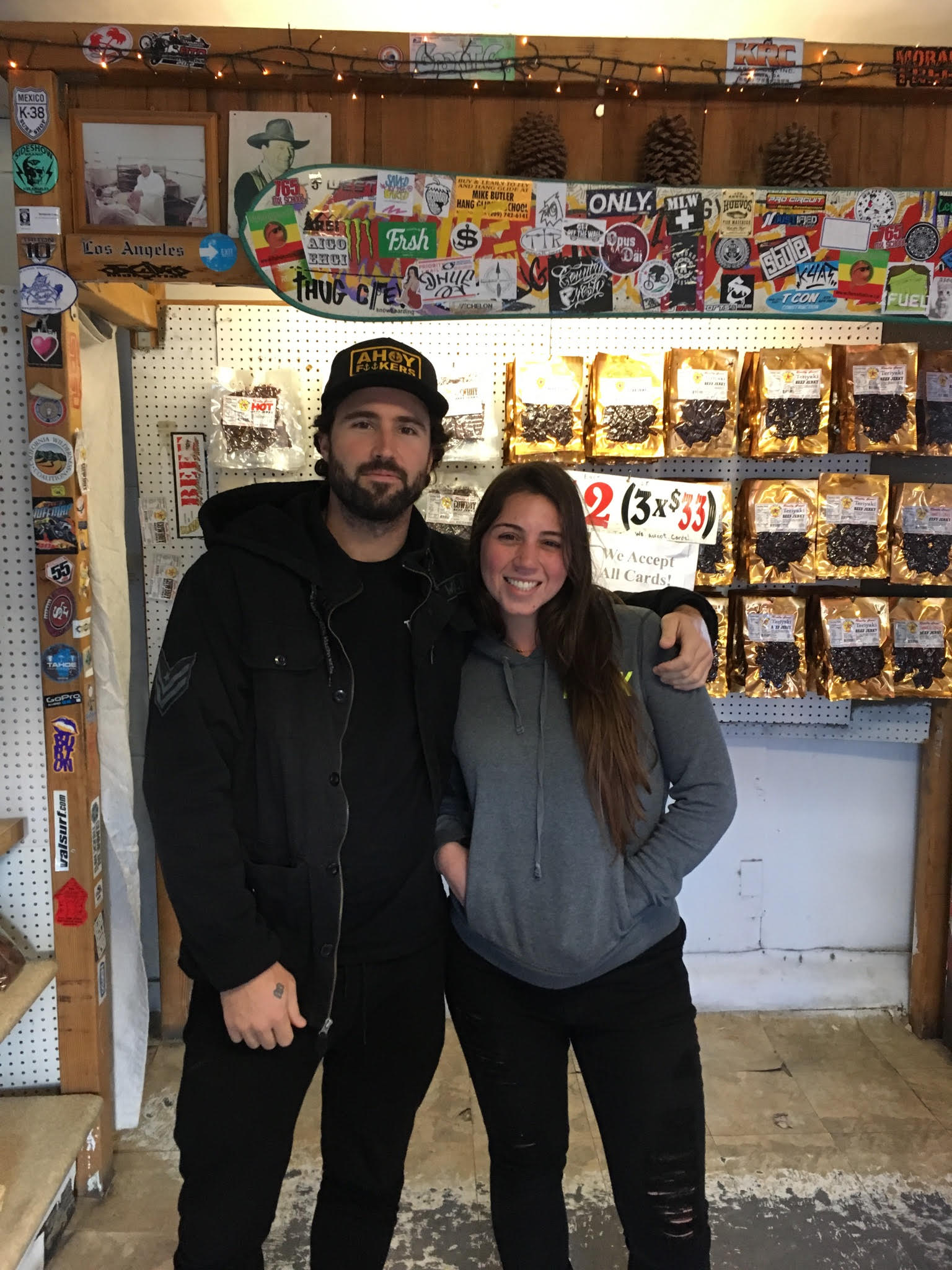 Pictured above we have Brody Jenner and Gus's youngest daughter Nancy!

We have been blessed to been able to meet a handful of celebrities! 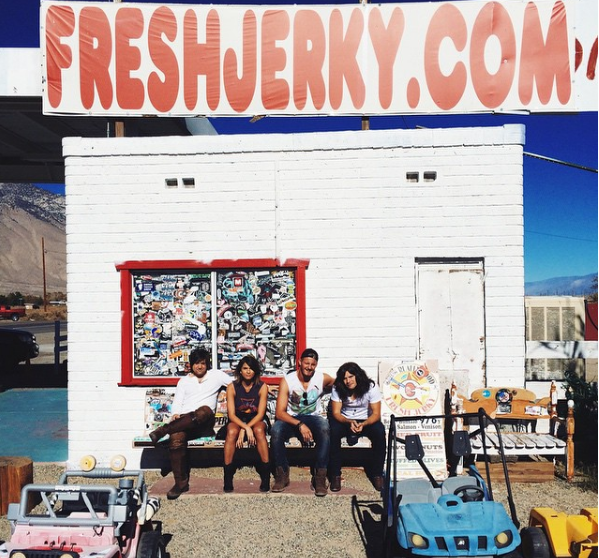 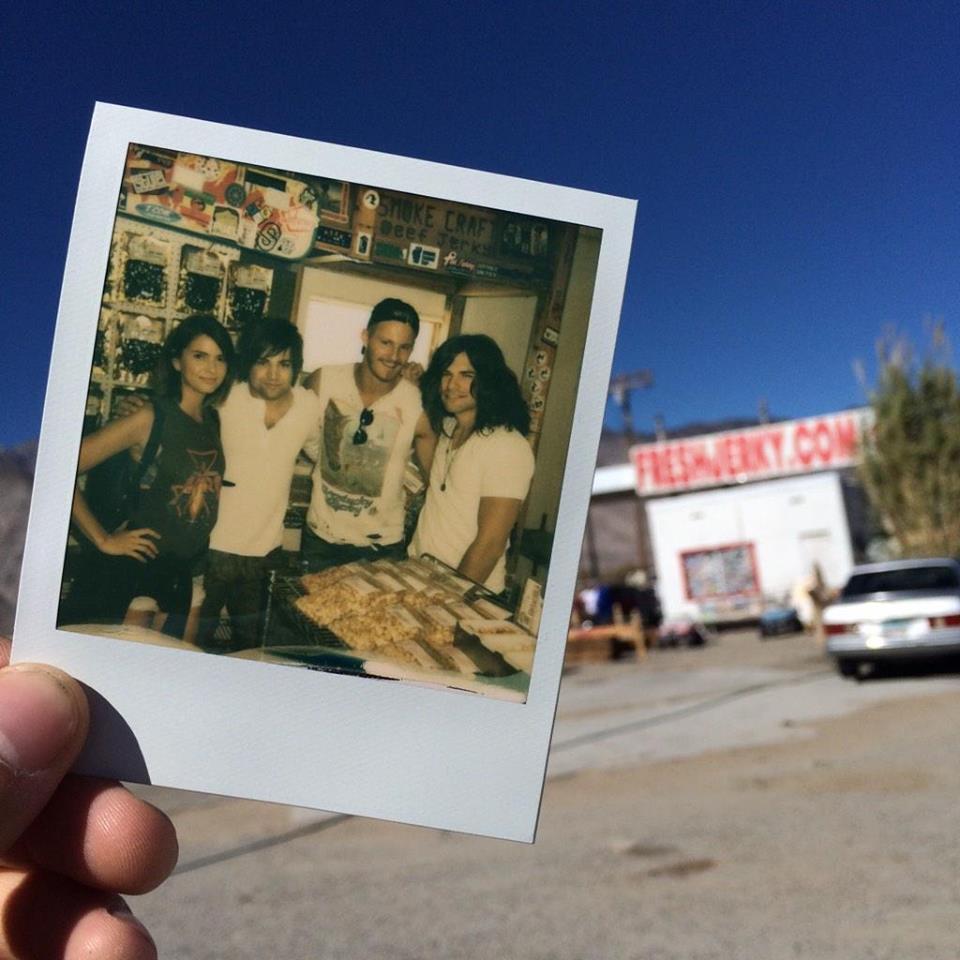